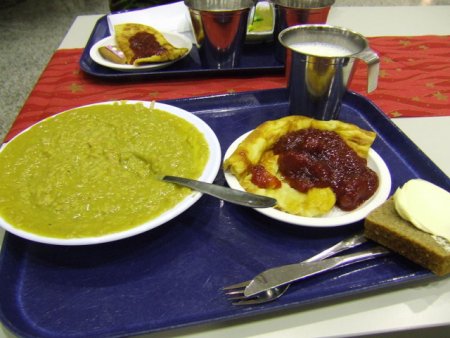 Today we’re going to talk about pea soup and pancakes.

You may be wondering why Finns and Swedes choose to match these two things together. I wonder the same thing. The Finnish have told me that it’s customary to eat pea soup and pancakes on Thursdays. The Swedes also do this. When I consulted Wikipedia, it said:

As Finland was until 1809 part of the Swedish Realm, Sweden and Finland share many cultural traditions, including that of the pea soup (Swedish ärtsoppa; Finnish hernekeitto), usually eaten on Thursdays, served with pork and mustard and accompanied by pancakes for dessert. However, in Finland it is made of green peas, in Sweden yellow. The tradition of eating pea soup and pancakes on Thursdays is said to originate in the pre-Reformation era, as preparation for fasting on Friday. 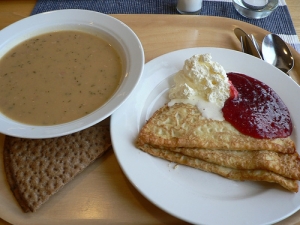 Scandinavian pea soup normally includes pieces of pork – although it may sometimes be served on the side – and a typical recipe would also include some onion and herbs such as thyme and marjoram. It is usually eaten with some mustard, often accompanied by crisp bread and sometimes the sweet liquor punsch (served hot). The soup is then normally followed by pancakes with jam (strawberry, raspberry, blueberry, or similar) which are regarded more as part of the meal than as a dessert.

Thursday pea soup is common in restaurants and households, and is an unpretentious but well-liked part of social life. Also, with few exceptions, pea soup with pancakes are served every Thursday (either for lunch or dinner) in the Swedish Armed Forces and the Finnish Defense Forces (a tradition dating back to World War II). Pea soup is also often served to large crowds in gatherings, simply because it is easy to make in large amounts and most people like it to some extent. Finns learn to eat pea soup as children, as it is a popular school food, being very cheap and easy to prepare.

The pea soup I had in Finland was fine (I’m not a huge pea soup fan) but I loved the pancakes. I dropped both onto my plate at the same time. In retrospect, I probably should have eaten the pancakes on a separate plate. Live and learn. 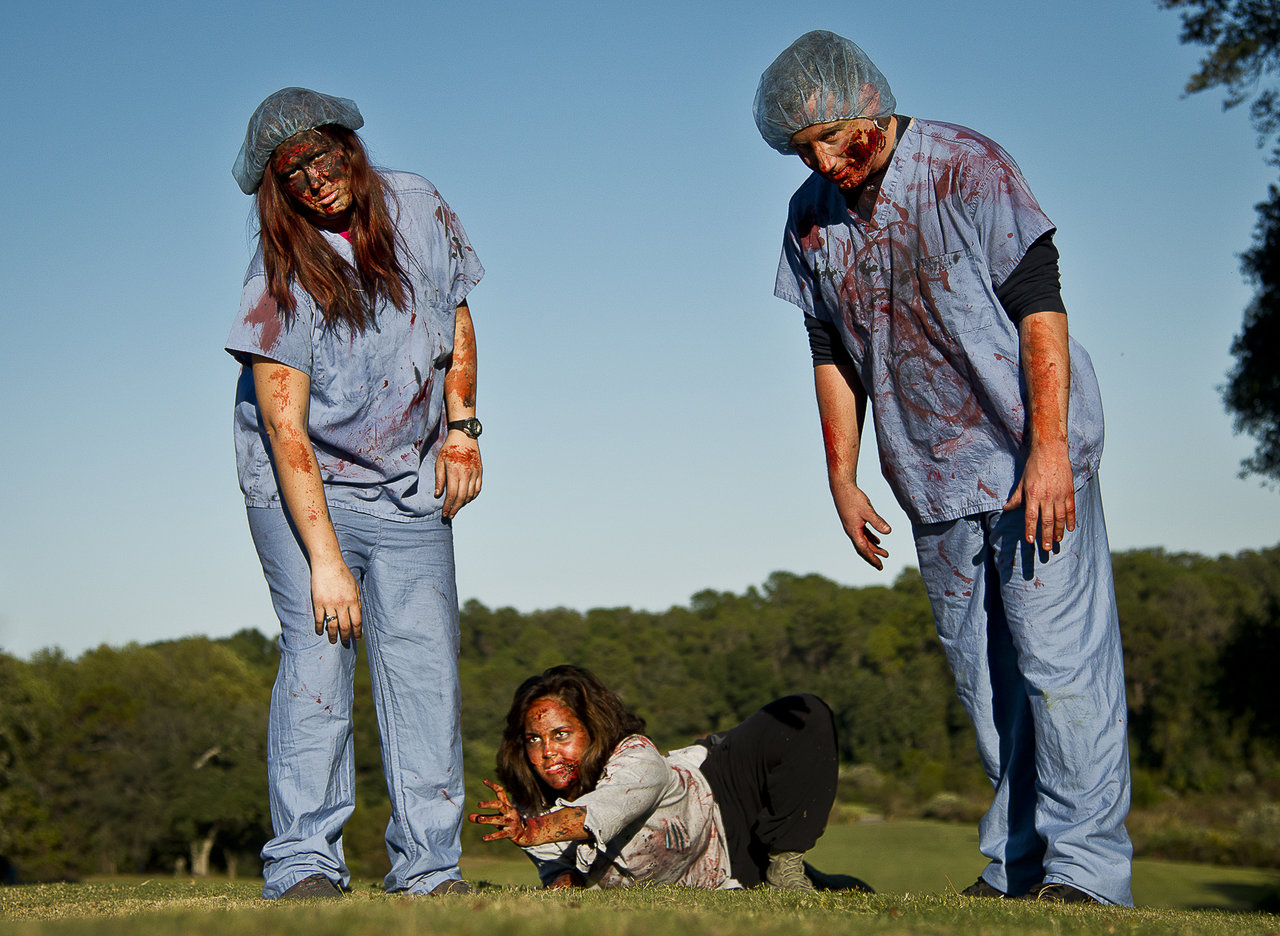 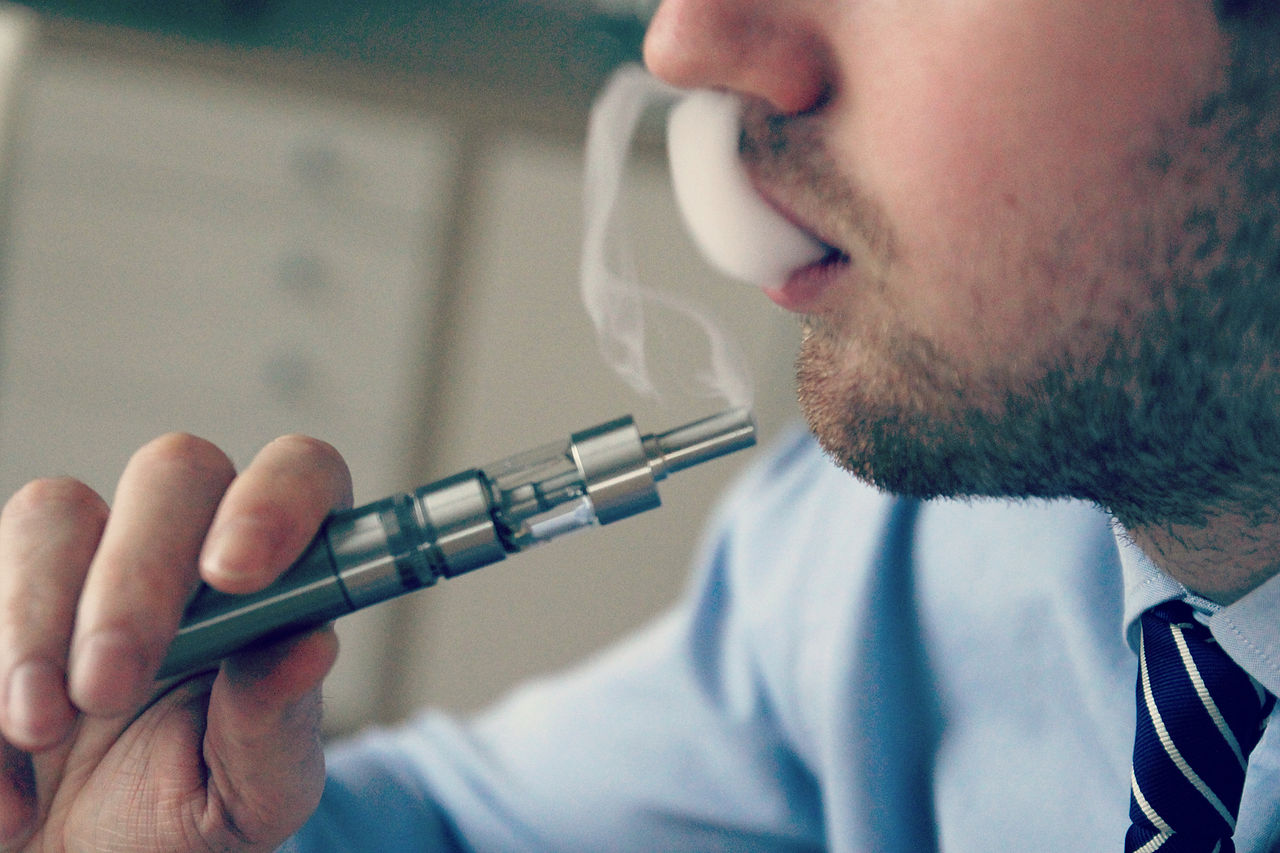 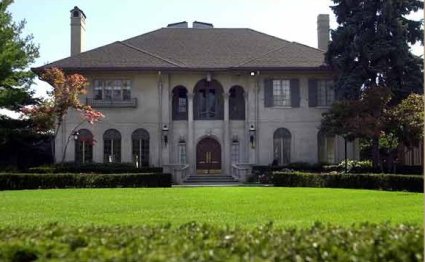 Incident at Manoogian Mansion and the Assassination of Strawberry