Even those who have never set foot in New York City can form a clear picture of it in their minds. The Big Apple is the most photographed city in the world and has been featured in countless television shows and films. Each year, many movie buffs travel to the city to see real-life locations that have been featured in their favorite films. Below are some of the most popular filming locations in NYC: 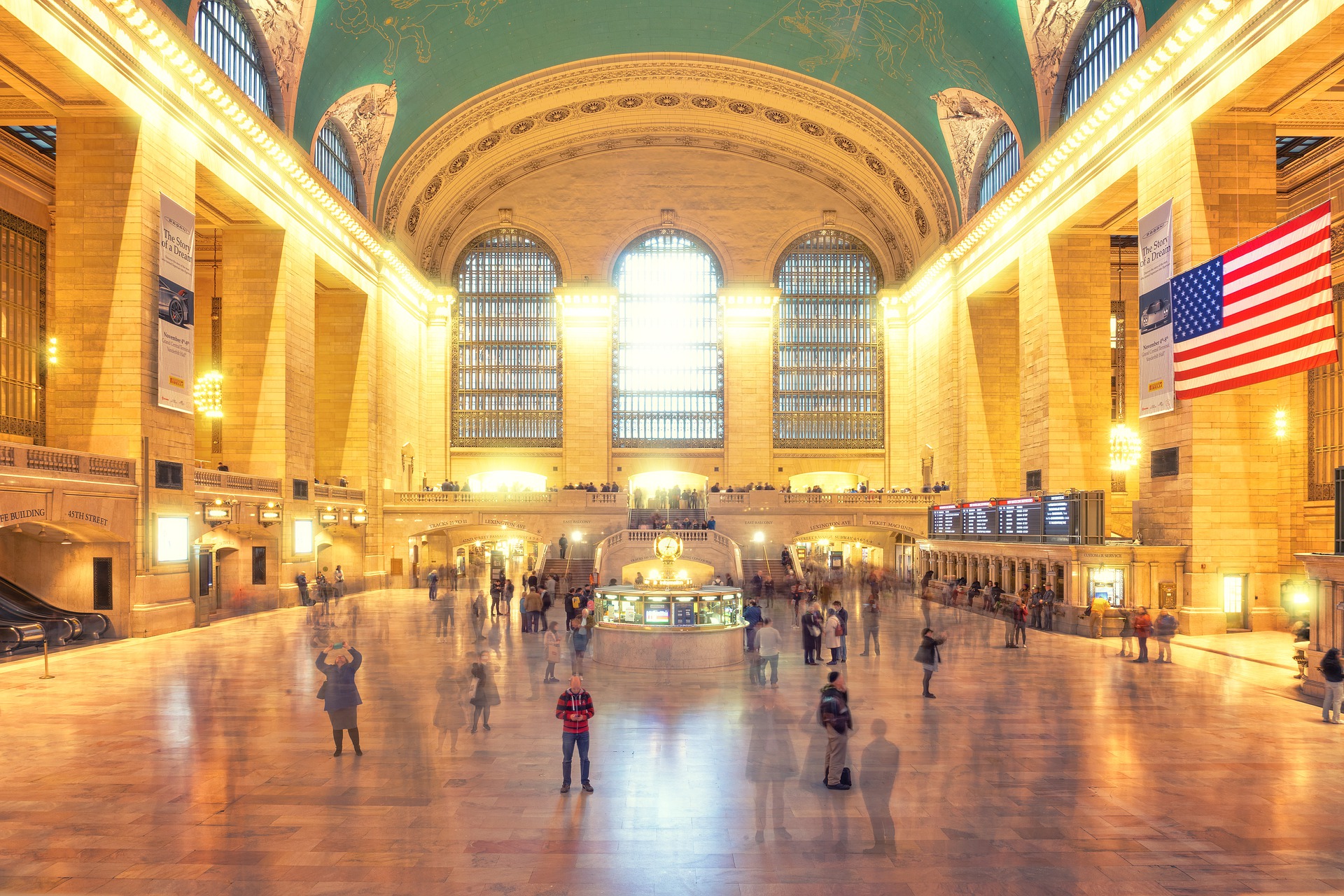 Grand Central Terminal is one of the city’s major arteries, a commuter rail terminal that sees up to half a million commuters each day. It is also one of NYC’s most popular tourist attractions, drawing 250,000 visitors daily. Opened in 1913, many of its features remain unchanged and continue to be enjoyed and used by the public today.

Fans should easily recognize the terminal’s south façade, which figured prominently in the climactic third act of Marvel’s The Avengers (2012). Grand Central’s majestic Main Concourse has also been the site of many a magical movie moment: parts of Alfred Hitchcock’s 1959 thriller North by Northwest were filmed here, as well as the dancing sequence from the early 90s classic The Fisher King starring Robin Williams and Jeff Bridges.

Other movies that have featured Grand Central Terminal include Superman (1978), Carlito’s Way (1993), Eternal Sunshine of the Spotless Mind (2004), and countless others. To make the most out of your visit, book at the New York City hotel in Midtown East Manhattan, The Westgate Hotel. It’s only 2 blocks away from the landmark.

New York City’s 843-acre green lung is one of the most filmed locations in the world. According to Wikipedia, at least 305 films have featured Central Park, many of them Academy Award winners.

The entire park is manmade, officially completed in 1876 through the efforts of over 20,000 individuals. Central Park is a soothing natural retreat for thousands of New Yorkers and sees between 37 and 38 million visitors annually.

One of the big musical numbers from Disney’s Enchanted (2007) was filmed in Central Park. It’s also where Tony Stark and Pepper Potts meet Dr. Stephen Strange for the first time in Marvel’s Avengers: Infinity War (2018). Central Park has also been immortalized in CGI form in movies such as Madagascar (2005) and Bee Movie (2007).

This kosher-style delicatessen is a venerable New York institution, established in 1888 and still serving customers today. Katz’s, as it’s fondly referred to, is best known for two things: their truly phenomenal pastrami on rye, and as the location for Meg Ryan’s fake orgasm scene in When Harry Met Sally… (1989). There’s even a commemorative sign above the very table where the scene was filmed.

The deli also appears in scenes from Donnie Brasco (1997), Across the Universe (2007) and We Own the Night (2007). It’s a great place to stop for lunch and is a favorite among celebrated chefs such as David Chang and the late, great Anthony Bourdain. Don’t miss the matzoh ball soup, latkes, and egg creams.

Frenetic Times Square buzzes with activity no matter the time of day. Best seen at night with all of the billboards, signs, and screens lit up, it has been referred to as “the Center of the Universe” and “the heart of the Great White Way”, among other monikers.

The busy commercial intersection should be instantly recognizable to any moviegoer. Every movie that has been set in New York has featured Times Square: recent examples include Vanilla Sky (2001), Spider-Man (2002), and Captain America: The First Avenger (2011).

The Metropolitan Museum of Art

The Metropolitan Museum of Art is the largest art museum in the United States, spread across three locations all in New York City: The Met Fifth Avenue, The Met Breuer, and The Met Cloisters. Sharp-eyed pop culture enthusiasts may know the Fifth Avenue location as the site of the annual Met Gala.

The museum’s permanent collection includes over two million works, from classical antiquities to modern and contemporary art. This may be why it’s such a popular location for heist films: both The Thomas Crown Affair (1999) and Ocean’s 8 (2018) were filmed here. It’s a great way to take some culture in while imagining yourself in the shoes of your favorite con-artist character.

In many great films, New York doesn’t just function as a setting or a backdrop. It can become a character unto itself, lending depth and atmosphere to every scene. It’s a great place that deserves a visit from any serious cinephile.